Thank you for the opportunity to be there, and for the work of the organisers.

Optimised for Tablet | Smartphone
Sightseeing trip to the island town of Sviyazhsk
Saturday, May 20, 2017 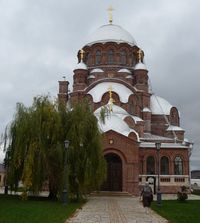 Programme:
14:00 Departure from Kazan by bus from the KFU main building, Str. Kremlevskaya 18.
15:00 Arrival in Sviyazhsk and welcome by the town’s Mayor with tasting of the local delicacies.
15:30 Tour of the city museum
16.30 Tour of the group of buildings of the Svyato-Uspensky (Holy Dormition) Monastery: one of the largest churches of Sviyazhsk, the Cathedral of the Mother of God "Joy of All Mourners”, the Sergiyevskaya (St. Sergius) Church with its ancient icon of Sergius of Radonezh, the refurbished Trinity Church and the only remaining suburban Equal-to-the-Apostles St. Konstantin and Yelena Church with tasting of the local monastery wine.
17:30 Free time for a walk through the сomplex historical reconstruction "Lazy Torzhok". This is an opportunity to plunge into the atmosphere of the medieval city of Sviyazhsk, see the military battles of past ages, play a warrior and enjoy medieval cooking. The complex is located on the main street of the island town – Assumption - next to the Christmas area. Its main task is to reconstruct the atmosphere of medieval Sviyazhsk with daily life. Visitors will be able to become witnesses and participate in knights’ battles and fights. Thanks to the club of military and historical reconstruction "Sulitsa", they will become acquainted with weapons: armour, weapons and costumes of different eras and regions and will possess the skills to use small arms.
19:30 Departure from Sviyazhsk to Kazan. 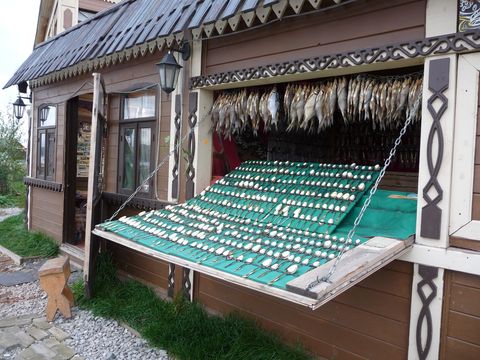 Price: 20 Euro per person
Price includes travel costs by bus, entrance to museums, tasting of the local delicacies and the local monastery wine, and city guide.
The island town of Sviyazhsk (http://www.ostrovgrad.org/home) is the very same fairy-tale island of Buyan, that magical land which Pushkin wrote about in his story of Prince Gvidon. Everything on the island simply breathes history. People come here to enjoy the truly mythical atmosphere, learn more about history and admire the local architecture. 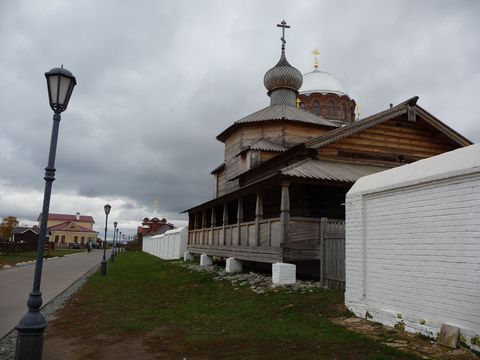 On May 24th, 1551 Sviyazhsk was founded by Ivan the Terrible himself, and it was supposed to be a strong fortress second to none in world history. It was from here that he conquered Kazan.
The Sviyazhsk fortress was constructed on the Kruglaya Mountain at the place where the Sviyaga River flows into the Volga. Its size surpassed that of the Pskov, Nizhniy Novgorod and even Moscow Kremlins. The wooden town, with houses, churches and town walls, made of wood chopped down in the faraway Uglich forests, was delivered from the Upper Volga and erected in just 4 weeks. Seventy-five thousand people were involved in its construction.

Sviyazhsk is located at a distance of 30 km from Kazan. The island’s area is 64.37 hectares. 242 people live there. On its territory there are 37 objects of cultural heritage, 19 of them of national importance, and 18 of Tatarstan standing. 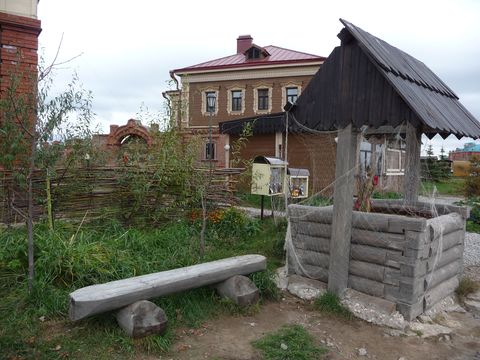 On a small island surrounded by a white-stone wall there are Orthodox domes pointing directly skywards. If you visit the Ioanno-Predtechensky (John the Precursor) Nunnery, it is almost as if you are travelling back in time to the 16th century. The Trinity Cathedral is situated here, built in the winter of 1550 from the wood of the Uglich forests. Warriors of Prince Serebryany-Obolensky constructed it from half-arshin larch logs in just 1 day.

In a short period of time the Nikolskaya (St. Nicholas) Church (1556) and the Uspensky (Dormition) Cathedral (1560) were erected on the island. And by the way, one of the participants of the construction was the well-known Postnik Yakovlev (Barma), the creator of St. Basil’s Cathedral in the Red Square in Moscow and of the Kazan Kremlin. Today the island town of Sviyazhsk is a historic, architectural and natural landmark.
The group of buildings of the Svyato-Uspensky (Holy Dormition) Monastery is particularly popular with tourists, as well as one of the largest churches of Sviyazhsk, the Cathedral of the Mother of God "Joy of All Mourners”, the Sergiyevskaya (St. Sergius) Church with an ancient icon of Sergius of Radonezh, the refurbished Trinity Church and the only remaining suburban Equal-to-the-Apostles St. Konstantin and Yelena Church. It is also possible to see how the Virgin’s Head cannon stands on guard at Sviyazhsk’s History Museum. You can even book a room at the real merchant Kamenev’s house in this wonderful island town. Just a few steps away from the guesthouse lies a historical reconstructed complex called Lenivy Torzhok (Lazy Market). At the stable yard you can saddle up a proud steed and participate in an exciting interactive ethnic show called Remeslennaya Sloboda” (The Trade Suburb). Every tourist can take on the role of a medieval craftsman and create a souvenir with their own hands. Another possibility is to stand in the shoes of a real boyar (Russian nobility), just like in a fairy tale. This involves going on a ride in a carriage around the whole island and trying some traditional Russian cuisine in the tavern afterwards.

This is not the only pleasure on the island for gourmet food lovers. Above all else there are events such as Sviyazhsk Maslenitsa (Pancake Week) or the Sviyazhsk Ukha (Fish Soup) festival. People with a fondness for romance are not forgotten either. Every year, time goes back and knights with their fair ladies arrive in Sviyazhsk from all over the country to participate in a real medieval joust.

Silhouettes of the six remaining churches can be seen from ships passing by down the Volga. There are no transportation facilities, no industry and no modern buildings on the island. The street names have not changed since the days of old: Uspenskaya, Troitskaya, Nikolskaya, as well as Rozhdestvenskaya Square. Over the last years, the island town of Sviyazhsk has become an open-air museum. Even the local citizens move into new houses, specifically built according to the construction projects from the period of the merchants’ heyday. Every church and merchant house in Sviyazhsk has its own patron from important people of Tatarstan. 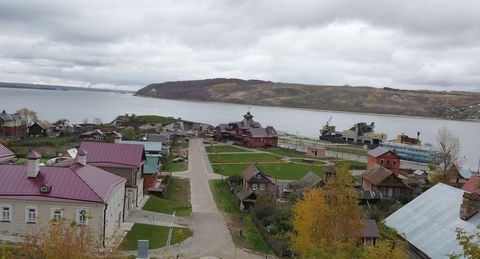