Samobor, a medieval town of Baroque architecture, lies on the eastern slopes of the Samoborsko gorje hills at the gateway to the romantic valley of the Gradna Creek, at a distance of mere twenty or so kilometres from Zagreb. Samobor and its surroundings is the oldest and the most attractive excursion destination of Zagreb residents, hikers, holiday-makers and tourists from all over Croatia and abroad. A township (19,000 inhabitants or so) that sprang up at the confluence of the two branches of the Gradna Stream (Rudnar and Lipovec) at a point where a valley meets the highland at the junction of historic roads.

Samobor is a town with ancient ruins from the Stone and Iron Age, and even today keeps the charter of King Bela IV which included the town among the medieval, and distinguished "free royal cities." Since then until today, the historical and cultural heritage in this city and region multiplied. From 1260, when began the construction of the Old town - the history began to record many conflicts and struggles for freedom from domestic and foreign bullies, which is testified by numerous documents and articles. In 16th century initiates stronger development of mining in the mines of copper and iron in Rude. 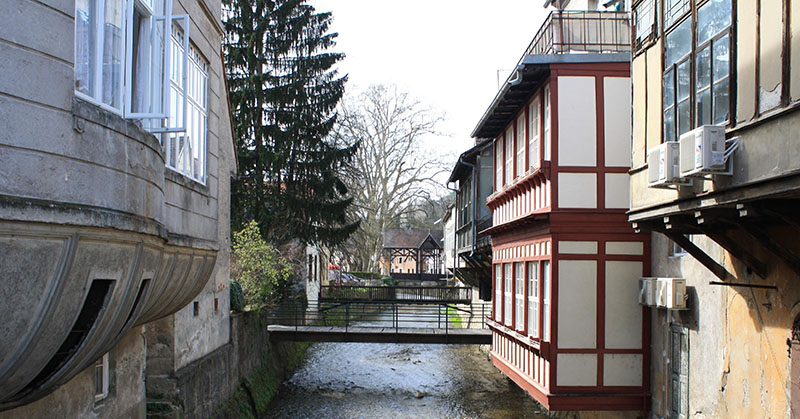 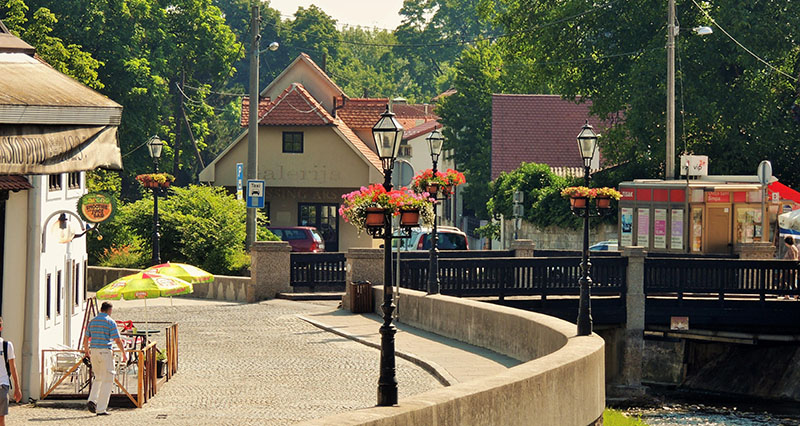 It is a city in which fell in love poets and painters, sculptors and composers. They wrote about Samobor, created in Samobor. They came, they went and then came again because no one so far fully disclose it. Samobor is not attractive at a certain season. No, Samobor is equally attractive in summer and winter, in spring or autumn. Winter snow in the Samobor mountains lures mountain climbers, skiers and sledges. In the summer, mountain streams are calling anglers, swimming pool swimmers, picnickers, hikers. In the spring Samobors surrounding shows its flowers and orchards and roses fill the gardens. In the fall this region is beautiful because of many vineyards and the company gathers around the table of the host along the local food and flavoring wine.

Samobor – a town of gourmet tradition

Slowly, but surely, Samobor has gained the reputation of an important Croatian and regional gourmet destination. Through careful preservation of their ancestors’ recipes, Samobor’s citizens and local caterers contributed to the city’s gourmet reputation by finding the right balance between the heritage and novelties which have inevitably entered their menus. With time, some of those novelties have also become a part of the tradition and are nowadays associated with the Samobor area. Gastronomy and tourism are two closely interrelated concepts. There is hardly any tourist or visitor to Samobor who has left without trying a kremšnita (a custard slice) and homemade specialties, asking for the local salami, češnofka (a garlic-flavoured sausage), muštarda (a grape mustard sauce), having a glass of bermet (a red wine, fruit and herbs aperitif) or eating a krafna (a jam doughnut) during shrove-tide. They can go a step further in their adventure and try some delicacies by Samobor caterers who incorporated rich local flora and fauna, especially medicinal herbs, mushrooms, game and fish into their recipes.

The museum presents a permanent exhibition of the natural history, geological, archeological, ethnographic, cultural and historic collection which tells the story of the continual settlement in the Samobor area. The museum was opened in 1949 in the historic castle of Ferdo Livadić from 17th century. There is a collection about Livadić's life, his piano, manuscripts and music, as well as documents related to his life and work. The cultural and historical collection presents the development of Samobor, from 1242 and the charter of Bela IV (the original and a copy from 1501 are also kept in the museum). The permanent exhibition of the ethnographic collection contains objects of traditional culture of Samobor and the surroundings and was opened in 1998 in the former servant's house of the Livadić castle, today belonging to the Samobor Museum. Besides, there are kraluž necklaces workshops, which is a part of the festive traditional costume in the Samobor area. One of the collectors for the Samobor Museum was Ivica Sudnik, its founder and long-time director. Everything he had collected, filmed or wrote he left to the Museum. And that is much, including a large hiker's archives. The statue of Ivica Sudnik was placed in front of the Museum. 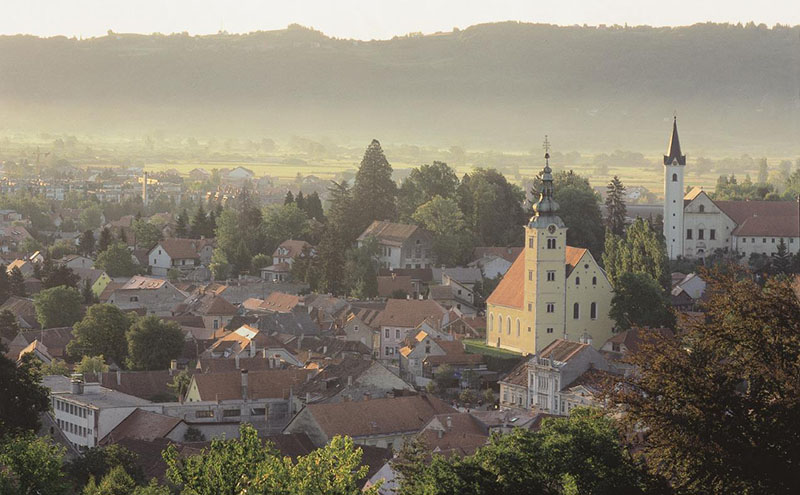 Gallery Prica is established on the initiative of famous artist Zlatko Prica, who donated the town of Samobor precious collection of his paintings and sculptures, as well as photographs of his daughter Vesna Prica. It was officially opened in October 2002 in the renovated space of the building of the Croatian House. The permanent exhibition features thirty oil paintings and two bronze sculptures of Zlatko Prica. The works are presented chronologically and provide an overview of his artistic development.